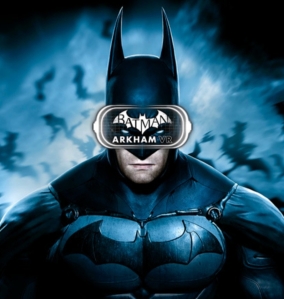 My wife splurged and got herself PSVR for her birthday recently, so me being the Arkham devotee that I am had no choice but to splurge on the sale price this game was marked up with online.

The best thirteen bucks I ever spent.

Arkham VR is very much a demo game designed to showcase the capabilities of the then new VR tech of the PS4, while cashing in some more on the big bad bat, but the end result is surprising and thrilling to behold.

Even a couple years on, I gotta say the VR is pretty damn intuitive and engaging. I’ve only dipped my toes into VR gaming, but I gotta say the first time I started throwing batarangs from my utility belt so fluidly had me imagining the endless possibilities. The AR detective sequences are even more engaging than in the previous games as you use your own hands to observe and seek out the clues as you perform traditional Batman routine.

I’m a little surprised that there wasn’t a moment where you actually used your fists to beat up some goons or pilot a bat-vehicle, but I went into the game thinking small and got enough to chew on without those bigger moments. I was actually scared out of my wits at one point, so that’s saying something.

The moments where you got up close to other characters was eerie. I genuinely felt the boundary between VR and reality blur. Crazy stuff, but it brought a huge smile to my face.

The game only takes about an hour to crunch through, if that (I spent a lot of time gazing at the enormity of Gotham all around me), but I was happy to see the Riddler challenge that popped up post-credit. Riddler challenges are fine by me since I see myself playing through this game at least a couple more times both to 100% the trophies (as per Arkham norm) and for the sheer fun of it. I’m still in awe of actually stepping into the world that I’ve spent so many years witnessing from a couch.

More of this kind of stuff, please!